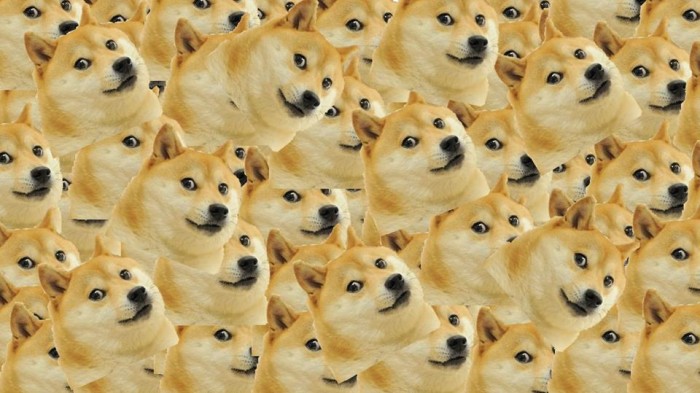 The Revenge of the Sith Doge

Once upon a time a guy named Jackson Palmer dreamed up the meme that is Dogecoin. He wasn’t a coder, but a marketer, which probably makes sense. It was Jackson Palmer that created the idea, bought the website, and got it online, but he needed help from a software developer named Billy Markus to actually create the software that powers Dogecoin and get the network off the ground.

The surge in interest (and price) of Dogecoin over the past several weeks has brought it to the attention of many new folks and grizzled shitcoin veterans alike. There’s an air of disbelief in many people’s comments regarding its resurgence:

Many are attributing the attention and pump solely to Elon Musk and other celebrities tweeting about le Doge, which certainly seems to be driving the price, but this ignores the fact that Dogecoin has been chugging along for 7 years now. In order for something to endure for such a long time, especially while remaining relatively prominent in the consciousness of the collective cryptocurrency hive mind as well as apparently the mind of one Elon Musk, it must be a powerful idea.

So what is the powerful idea that keeps le Doge burrowed in Elon Musk’s brain like an alien parasite?

The idea is a meme – that this is all a bit silly. This whole concept of magic internet money outside the purview of governments is just so outlandish and unprecedented that it strikes many of us as kind of silly. And that silliness is perfectly encapsulated in the face of a small Shiba Inu named Kabuso (PBUH) imprinted on the image of a bronze coin. A meme is really just an image or a phrase or anything that serves as a way to disseminate an idea throughout a culture, and the meme of Doge(coin) has firmly entrenched itself in the collective culture representing something like “Cryptocurrency is kind of crazy, but it can be fun and silly. It isn’t something to be afraid of, just look at this cute dog.“

What are the Memetics Underlying Other Cryptocurrencies?

If Dogecoin has survived for so long (and at times thrived) on the basis of this one meme-ified idea, what are the fundamental ideas that underlie other cryptocurrencies, and what symbol or symbols have come to represent them? Below is an attempt to describe what I think are the most relevant ideas and their dominant incarnation. Let me know how you think I did.

I really think that these are the coins that have a strong underlying idea that can be easily encapsulated in a word or short phrase or symbol. Honestly, Wownero probably doesn’t really deserve to be on there, but hey we’re here. Once an idea has attached itself to a particular coin in the minds of most people subscribing to the culture, it seems difficult or impossible for another coin to co-opt that idea and become more widespread or valuable than the original meme holder (sorry ADA, XLM, XTZ, ATOM, etc.).

Will Dogecoin Ever Die?

Yes. I think Dogecoin will die in one of two ways:

I think eventually one of those two outcomes is pretty much guaranteed to be realized, which will lead the golden Shiba to fade to black.

This is the place to find some WOW shit.